What do you think about the video above?

Statues are actually very easy to topple. Remember, they weren’t built to withstand lateral (= sideways) force. Statues stand upright, held down largely by their own weight. So, just climb up, put a rope around the top part, then all you need is a few people to pull on the rope, and the statue comes crashing down.

It’s happening all over America, and in other countries, too. Here’s a few questions for you.

Here are some answers (as I see it, of course).

[Question 1] These people are a mob, driven by mob instinct, and there is nothing intelligent in that. Mobs are, in fact, dangerous. They are a large unthinking group, in which no single individual takes responsibility for their own acts, and everyone is freed from the burden of thinking for themselves. This means that they can be led to do anything - and 'chants' [Question 4] help do this.

[2] The idea of ‘social justice’ and ‘black lives matter’ are obviously good and true in the literal sense (= the dictionary meaning of the words). I want social justice, and I think black lives do indeed matter. Surely everyone agrees with this - but looking at the video (and hearing the chants), one sees that the movement has transformed beyond this literal meaning. It has become a cult, driven by destruction and political ideas (and not by intelligent consideration). These people are certainly frustrated, but one feels the frustration is more about their own lives, and nothing to do with other people. This is about themselves, and signalling their own virtue.

[4] These chants reveal a lot. Chanting an agreed set of words (= a ‘mantra’) helps the people who chant unite and bond as a cult/mob-members. The chants demand ‘revolution’, no police, and the desire to remake American society, which they consider ‘fascist’. ‘Fascist’ (adj) means ….

putting nation and often race above the individual, headed by a dictator, who strictly controls society, and suppresses and kills anyone who opposes

So, does that describes America? Hmmm. I thought it was a democracy of some sorts, with a constitution, laws, an election coming soon, and that there are state elections, local elections, and individual representation, and so on. But sure, it's far from perfect. Every society has problems, and there will always be inequality and inbuilt unfairness. And that causes anger, but ..... shouldn't these people think about the actual meaning of their chants. A society without police? Could that actually work?

The answer to Question 5 reveals a lot. The mob moved in on the broken statue, spitting on it, kicking it, jumping on it, and dancing over it in celebration. But, it’s just a lump of metal, you know? But that lump of metal has become the symbolic enemy. Cults need enemies, and these enemies need to be not just destroyed, but also ritually humiliated. And that is what you see: ritual humiliation of the symbolic enemy. And the real enemy in their minds is the entire system.

As for Question 6 & 7, there may be some (but probably very few) who don’t want the statue pulled down. Maybe there's a few more (like me) who would agree to have the statue taken down, but only after community consultation, a majority agreement, and proper processes. But remember what I said: mobs are dangerous, so those who might disagree won’t say anything, and for the same reason, the police have just given up. The mob is too large, and the cult is just too strong.

Finally, Question 8. If there is a statue which some do not like, they can organise into a group, inform local government of their views, create petitions which state their aims, and gather support from the media, who can publicise their cause. They could peacefully protest - in accordance with the first amendment [See the previous post]. Right now would be a good time to do this. As I said before, you need community consultation and majority agreement.This is the system we have evolved over centuries, raising us above mob rule. Many statues are now being taken down: quietly, calmly, and lawfully.

But that is a thinking response, and mobs don’t think.

Here are some of the words used in this post. 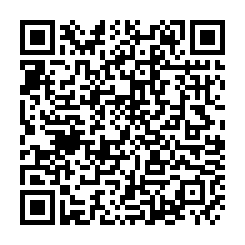