Let's learn some English by looking at some current events - that is, events happening in the world right now.

Okay, look out the video above, which concerns the most important event happening right now. It's a little hard to watch the beginning, when the police officer keeps holding down the man's neck with his knee. My thoughts? The same as everyone else watching this. Why? Why? Why?

Well, the video shows the results: nationwide riots across America. And arson and looting. And scenes of anarchy, all of which help no one. They probably hurt the poor and disadvantaged people the most. And the looters may simply be opportunistic types who have no real concern about what happened.

Yes, those 'why' questions may explain the violence, but the violence doesn't help. These people are burning their own communities, looting the shops that serve them, and taking out their anger on ALL police officers. I'm sure almost all police officers would be equally appalled at what happened, and that many of them became police officers in order to help their communities. Now they are ALL blamed.

The police officers involved in this incident will obviously be charged, and almost certainly convicted, so we are left with that same 'why' question: why go violent?.

How about a peaceful march, at night, with candles, and a call for dialogue between police and the public? This world and this society we live in is certainly complicated. 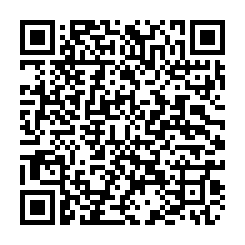