Just a week ago, the following appeared in the real IELTS test.

Student have been asking me to provide sample answers to real questions from the real IELTS test, so here is my first one. Note that this is an Argument Question (give an opinion; argue a side). It follows the structure and ideas in my IELTS Task Two Book, and would certainly receive an IELTS score of seven or higher [hopefully higher, of course]. I’ve given the vocabulary at the end. Remember to check it all up in a dictionary.

Obviously, human beings need to ingest* nutritional sustenance* – their ‘daily’ bread, in biblical terms. In a globalised world, this fare* is now often sourced from all corners of a given country, and even the globe itself, which raises the issue of whether such a trend is good or not. My opinion is that it certainly has more advantages.

One reason is that it encourages local food producers to similarly sell globally, opening up a vast* potential market. Simply put, the entire world beckons* as a potential consumer, allowing farsighted operators to truly prosper*. By doing so, economies are stimulated and standards of living raised. For example, the current mayor of Kaohsiung recently toured China for this very reason, negotiating trade deals for the local fisherman and farmers in his electorate*

Another benefit of having people source sustenance* from different areas is the increased variety of goods thus made available. Naturally grown fruit, vegetables, and specialty snacks are often only seasonally produced, and were once subject to geographical limitations. Now, sourcing elsewhere opens up new enticing* vistas*. For example, in Melbourne, I regularly consumed durian fruit imported from Thailand, and occasionally cherries from Chile, not available locally.

Some might reasonably claim that this trend will punish local producers. However, if farmers can rest complacently*, they have no incentive* to streamline production or keep a competitive edge. This inevitably leads to a sluggish* industry, lagging* others. A prime (although non-food) example is the heavily subsidised* British coal-mining industry of the mid-1980s. Despite great public turmoil*, this was eventually rationalised* by the then Prime Minister, Thatcher, in a bitter campaign, but one which history has long since vindicated*, .....illustrating that the trend towards the consumption of non-local food is certainly positive

I was running out of time, so I did not write a ‘formal’ conclusion – just a ‘Quick’ Conclusion (= repeating the opinion as a concluding sentence). Time is the enemy of almost every IELTS candidate, so think seriously about doing this as the most practical alternative [See also p.100 of my IELTS Writing: Task Two book, Edition 3.] My students should know that I'm not a fan of 'formal' conclusions (= repetitive stuff which doesn't really impress examiners). Of course, 'formal' conclusions can add style, but I also wanted to provide a model that most students can follow ( = one with fewer words). If you want a 'formal' conclusion, then the paragraph finishes at 'vindicated.' [that is, without '.....illustrating that ....' Then, there is a new paragraph, as follows.

Summing up, the trend towards the consumption of non-local food is certainly positive. Not doing so would be a regression to a past mindset*, inappropriate to the real world in which we live.

Clearly then, by opening untapped markets and offering unprecedented* product variety, the trend towards the consumption of non-local food is certainly positive. Not doing so would be a regression to a past mindset*, inappropriate to the real world in which we live.

... but, to repeat, this means more words. Speaking of words, here is a list of the more difficult ones in that sample essay.

I hope this helps, and expect to see more of these. Remember, check out  www.aisielts.com for more resources to help you with IELTS. 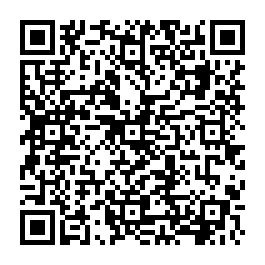