Let’s Practice Being Concise (4 of 30): Sentences

Remember, being concise helps give you that ‘clear progression’ in your writing (= IELTS 7). If you make the same point in fewer words, WRITE THOSE WORDS!  You then have time to …

Here’s some practice for you.

Try making the following sentences more concise. The answers will be given and explained in the next post.

The numbers of males were more than females. [8 words]

North America and South America have the same trend, which shows that the proportion between men and women in these two continents was the same. [25 words]

... an oven equipped with the technology to create high pressure. [10 words]

... for people who may be stronger or more powerful than the others around them. [14 words]

NASA has been developing new technology to generate power from space. Solar cells are one of the most important pieces of technology that NASA keeps developing. And solar cells can also benefit people’s lives greatly. [35 words]

Answers to Concision 3 of 30: Sentences

Online shopping has improved in recent years by the method of using advanced technology. [15 words]

Online shopping has improved due to technology. [7 words]

There is a great number of people who have a smoking habit, although they have the inner awareness that cigarettes are unhealthy to their bodies, and also cause negative effects on all those people around them who do not smoke. [40 words]

Many people smoke, although they know it is unhealthy for them and those around them. [15 words]

In the modern world, smoking is so common that people can easily see this behaviour not only in their daily life but also in the movies or television series. [29 words]

Smoking can be commonly seen, both on screen and in daily life. [12 words]

The population growth issue is one of the most serious problem in many nations of the world. [17 words]

Among a diverse number of the younger generation, there is a substantial feeling that they do not want to get married. [21 words]

Many of the younger generation no longer want to marry. [10 words]

There was nothing wrong with the original sentence, since the ‘extra’ words (‘of three Internet search engines’ and ‘over three separate years’) give information – that is, the words have meaning, and therefore count. Sometimes I have used similar structures in my book, BUT I write a lot faster than Intermediate students of English. In IELTS, the biggest problem students have is producing enough words in the required time, so, in a practical sense, the second (blue) sentence is better. Be practical! 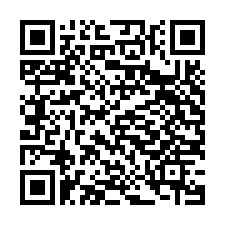