Another stereotypical feature of the Sahara is the oasis – that large pond of water sitting improbably in the middle of a desert. Here's a description of my first close encounter with one.

The following day the bus arrived, and I hefted my backpack, as dusty and weather-beaten as I was beginning to feel, onto my shoulders, and headed off to the next southerly oasis town, a day’s travelling away. It was set in a valley between high cliffs of sandstone – the sort of stone that easily wears away over time to make all the sand in the first place. Near the town, down the valley, was an oasis. From a distance, it was a cluster of tightly-packed date palms and reeds sprouting from the middle of a valley of vomit-yellow sandy nothingness. That lush profusion of green looked as if it had no right to be there at all, as if it were a movie set piece, even if its beauty was somewhat destroyed by an army base nearby. Having never closely inspected an oasis, I ventured out to explore. I noticed a bored-looking guard, armed and dressed in combat gear, standing outside an entrance to the base. I walked on, along a dusty path, lured by the sight of that cool shade and verdant growth, a balm for desert-weary eyes.

It was certainly an exotic and refreshing place. In the shade of the palm trees were smaller trees – perhaps fig or citrus, and here and there were small earthen paths. I understood the idea – the palm trees provided the shade for the underlying layers. I began exploring, trying to trace the source from which all that growth was based: water. Making my way between the tree trunks, I came across a little earthen canal, just a few centimetres across, through which a line of water was travelling. I followed this upstream, soon arriving at a bare orange mound of earth, like a blister in the ground. At the base of this was a small hole through which water streamed out into the world. This stream wasn’t much, only about 10 centimetres across, and a few centimetres deep, but it was vigorous and consistent. I sat down and watched the water spilling merrily out, like a magic trick from God. I could imagine him/her/it saying,

‘Watch me make water gush out of a desert,’ and with a snap of the fingers producing exactly what I was looking at, technically known as an ‘artesian aquifer’. Two small earthen partitions divided the stream at its mouth into three parallel channels, and further down the slope, each one took different directions, curling out into the palm groves.

You can see how struck I was by the wonder of it all, and yes, oases are magical sorts of places, and I'll continue the description in the next post (the third of this series). Also magical are the sand dunes, which I will describe in the fourth post. In the meantime, there is vocabulary for you to study (and yes, because this is from my book, written very well indeed, for the educated native-readers of English, there is quite a lot of vocabulary). 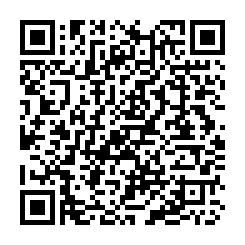